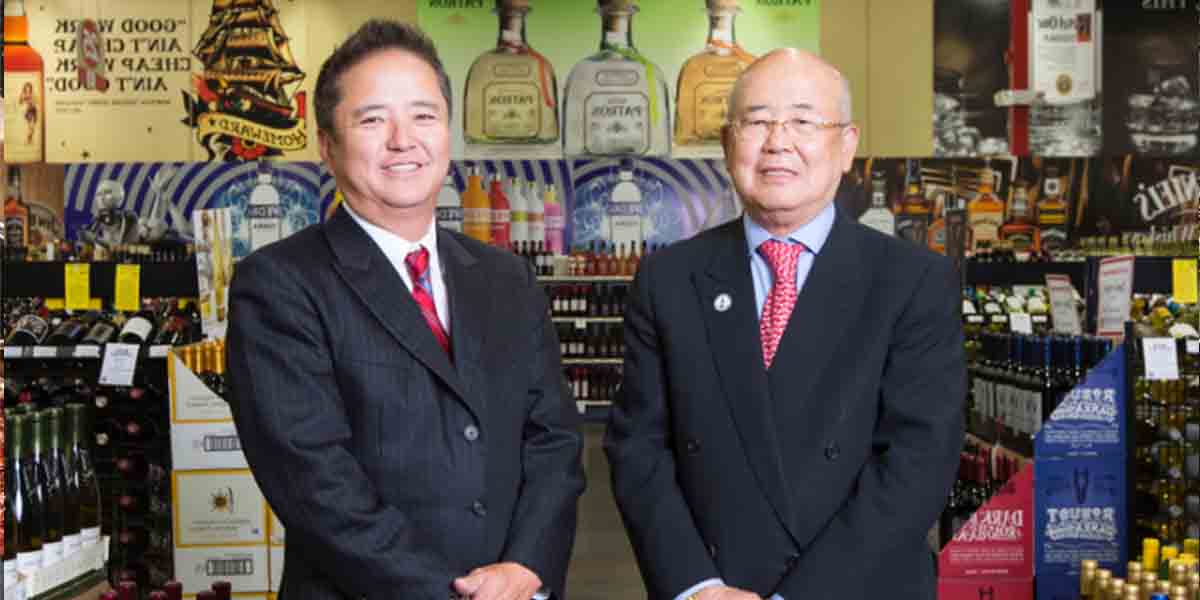 In 2012, Lee’s Discount Liquor celebrated more than 30 years in business and recently opened its 17th location with sales in 2011 of $80 million gross. That is quite an accomplishment for one family who started the business with a dream and desire for success.

The Lee family immigrated to the United States in 1980. According to Kenny Lee, president of Lee’s, his father Hae Un Lee had originally planned on moving from Las Vegas to New York to open a dry cleaner with a friend. One day, after he purchased some liquor, he noticed the store cashier never spoke to him; only gave him his purchase and change. Hae Un Lee realized he liked the liquor business better since he couldn’t speak English at the time, and he wouldn’t have to interact with customers.

Deciding to stay in Las Vegas, Hae Un Lee obtained a small loan from a relative and opened a 1,200-square-foot store and as Kenny Lee admits, “(He) didn’t know what he was doing, and modeled it after stores in Los Angeles that not only carried liquor but other items, almost a convenience store. Our gross sales from that first store were $1,500 a month so it averaged about $50 a day.” With such dismal sales, Hae Un Lee had flyers printed up and every morning between 4 and 5 a.m., Kenny Lee and his two sisters would distribute those flyers on doors. 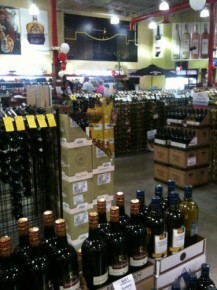 In 1983, while visiting a large liquor store in Denver, the owner advised Hae Un Lee to change his store to a discount volume business. It turned out to be good advice and after finally achieving good sales with the first location, the second Lee’s opened in 1984. The store, located at Flamingo Road and Pecos Avenue, did phenomenal business.

Hae Un Lee realized that he could become more successful if he owned the land and building as well as the business. Soon the Rainbow and Oakey boulevards location would become the first Lee’s built on property owned by the business. With two exceptions, today Lee’s owns the land and development for its stores.

Kenny Lee worked in the business before leaving to attend college in California as a pre-med student, but he soon discovered that route wasn’t for him. His father then started grooming him to take a more active role so that he could eventually run the business. It was during this period the second location was moved to a 20,000-square-feet space. “Everyone thought we were crazy; it was unheard of in 1988. My father suggested I change my major to business management and then come back, which is what I did and it is the best decision I ever made,” he said.

Kenny Lee estimates that about 97 percent of their customers are locals. “We keep the tradition of volume, discount pricing and try to offer the best selection in town,” he said. Lee’s also holds beer, wine, and spirit tastings throughout the year at its different locations. 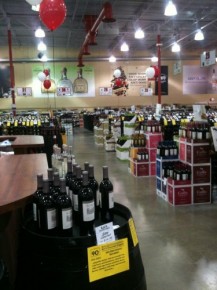 In 2002, Hae Un Lee wanted to share his success and give back to the community. Lee’s has contributed more than $150,000 to support local children’s charities, families, and communities, both by Lee’s Discount Liquor and Lee’s Helping Hands Foundation, a nonprofit 501(c)3 charity organization.

“The first year we did a wine tasting with about 800 people (to benefit the foundation), which was a good turnout, at Treasure Island. What really helped us was that Andrew Firestone was a guest. He was TV’s “The Bachelor” that year and he came for our tasting, so it was a huge success and we raised a decent amount of money,” said Kenny Lee, “We looked around to decide which different charities we should donate to and we picked Opportunity Village since my dad has always liked what they do. We also picked New Vista communities.

My wife’s closest friends started Spread the Word Nevada Kids to Kids so we work with them. My father also provides turkeys for Catholic Charities every Thanksgiving.”

About six years ago, Lee’s started a beer and tequila tasting event held every May and 2012 was the 10th year for the wine and spirits tasting event held in November to benefit Lee’s charity efforts.
“The tasting events are a huge success. Every year we draw anywhere from 3,000 to 3,500 people and raise a lot of money for our charity,” Kenny Lee said.

Lee’s is committed to playing an active role in supporting education, with special emphasis on early childhood reading, international college students, and the support of teachers and classrooms.

Lee’s is focused on fostering the independence and safety of disabled individuals and families through a number of community initiatives. Lee’s supports initiatives that improve life skills, maintain good health, promote safety and the ability to live independently.

Lee’s team members strive to make a difference in the communities by generously giving their time, talent, and personal contributions.

Lee’s is a father-and-son business and Kenny Lee’s two sisters live in California. Hae Un Lee has eight grandchildren and three of those grandchildren are Kenny Lee’s, including a junior in high school, one with developmental issues (who benefits from Opportunity Village), and a 10-month-old daughter.

Those who watch television will have seen the humorous commercials featuring the father and son and even celebrities such as Dan Aykroyd. “Dan Aykroyd has tequila and even has a wine called Dan Aykroyd Presents. Mike Ditka has wine and bloody Mary mix,” Kenny Lee explained.

“We started doing the commercials 10 years ago. Instead of doing serious commercials, we decided to do fun ones instead. How we got the idea is from a retailer in Minnesota. We belong to the same guild and it is also a father-and-son business. We saw their commercial and we realized that people really like that father and son, the face behind the business. So we started with, ‘Hey are you taking over the business?’ and, in fact, we just shot a newer version,” Kenny Lee said.

There is very little turnover in management with some senior staff members employed for about 20 years. With a hard-working crew along with fun, dedication, and involvement in Southern Nevada, Kenny Lee’s motto is, “We are your local store and we are really growing. It is unbelievable how supportive this community is towards us. We are here for our community and we want to do as much for the community as possible. Thank you.”
For locations, hours, and more information, visit leesliquorlv.com.