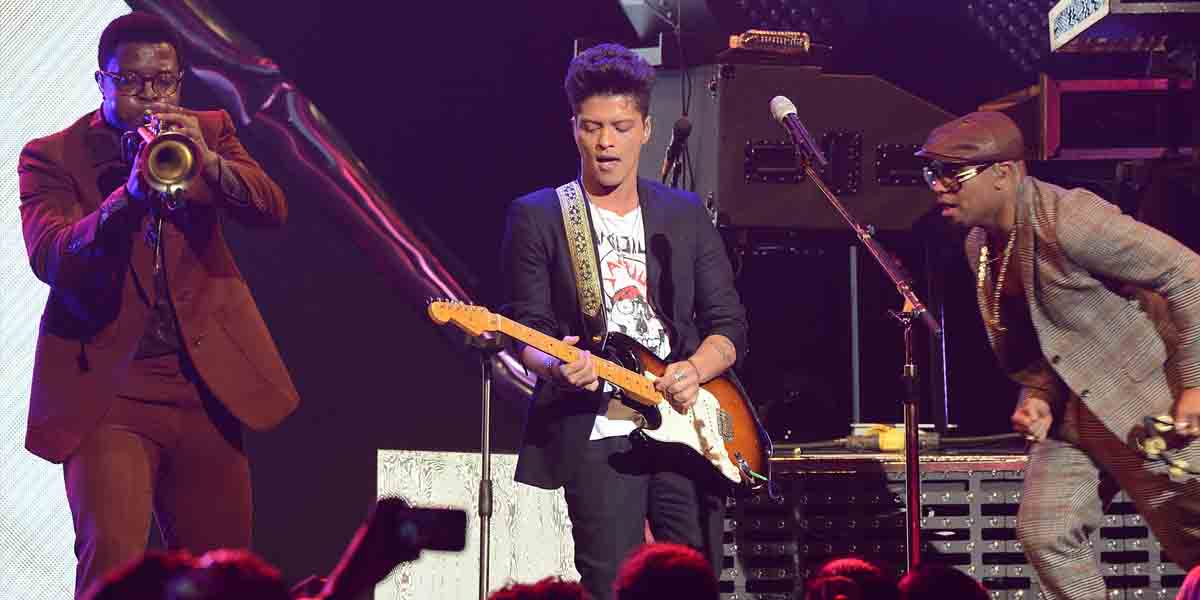 The show marked the first of eight that Mars will perform in the intimate venue. Billboard’s top artist of the year christened the design-driven performance space in style, delivering a brilliant, high-energy show to a sold-out concert venue. For close to two hours, Mars energized the crowd with songs such as “Treasure,” “Billionaire,” “When I Was Your Man” and “Just the Way You Are.” The critically-acclaimed artist shined as he put his own twist on popular songs such as “Pony,” “Ignition,” “Waterfalls” and a medley of Michael Jackson classics.

Following the performance, Mars returned to the stage for an explosive encore, ending the evening with “Locked Out of Heaven” as gold confetti rained down on the crowd. Mars returns to The Chelsea on New Year’s Eve along with six more exhilarating performances throughout 2014, including Feb. 15 and 16, May 23 and 24, and Aug. 22 and 23.

Notable names in attendance included Mark Ballas of Dancing with the Stars and members of Boyz II Men.

Mars’ performance also served as a kickoff to The Cosmopolitan’s New Year’s Eve festivities. At The Ice Rink, guests will ring in 2014 with breathtaking views of the Las Vegas Strip. Partygoers can skate the night away while watching a live stream of Mars’ Dec. 31 concert inside The Chelsea on The Cosmopolitan’s 65’ digital marquee.

At The Chandelier, Jennifer Keith Quintet will bring back its vintage throwback sound for the second year in a row while DJ Miss Joy unleashes her hypnotic rhythms in the DJ booth at the newly-renovated, vibrant LED ultra lounge BOND. Las Vegas’ top nightclub, Marquee Nightclub & Dayclub will celebrate its third anniversary with music from Surinamese DJ Chuckie.

About The Cosmopolitan of Las Vegas